Taxes & Working Remotely in Europe as a Freelancer or Business Owner 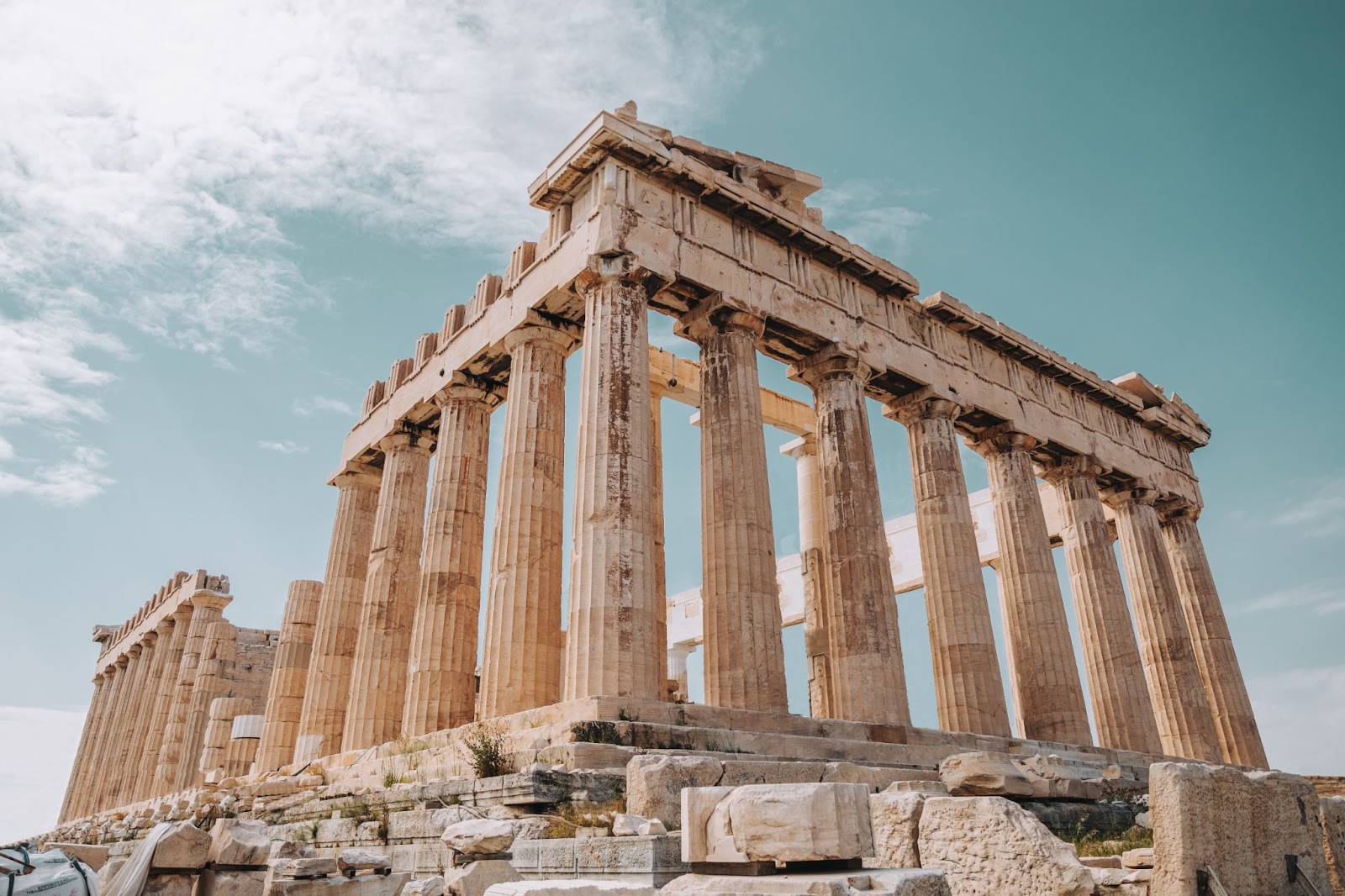 In order to enjoy your experience abroad fully and safely, it is good to familiarize yourself with, and obey the national laws of the country you’re in. By not following remote working laws, which can include paying taxes; you can incur fees, face restrictions, attend court and sometimes even deportation. But there’s good news:

European countries, be it an EU or non-EU state, have started to introduce tax benefits and returns for those working for a foreign company or client.

By the end of this article, you will be familiar with tax rates in Europe, types of taxes, how to pay them, the benefits of being a tax resident and the countries with the lowest tax rates.

Who needs to pay taxes in Europe?

Whether you are a self-employed remote worker, or you’re being employed by a company outside of Europe, you are under the employment laws of the country you are residing in.

An individual becomes a tax resident in Europe after spending six months, or 183 days in the country. After that time, the individual needs to report and pay income tax according to the national taxation laws.  In some cases, this can be reset by doing what is referred to as a “border run,” which is simply exiting and re-entering the country around the six month mark. But this is not the most secure way to avoid paying taxes.

Once you become a tax resident, you are also under that country’s specific labor and social security laws, as well as being able to collect benefits.

Tax rates also vary depending on one’s amount of income. Those with lower incomes will be  taxed at a smaller percentage.

How does it work?

Most countries have a flat tax rate for remote workers, and an income tax rate can vary from anywhere between 10% in Bulgaria to 55% in Denmark.

It is good to know that most countries have a double-tax agreement, meaning that you won’t pay taxes in your home country once you become a tax resident abroad. In case there is no agreement, you can ask your employer to terminate your contract so that you won’t have to pay taxes twice.

There are 3 ways to legally work remotely in Europe:

Any of these will work, and they’re all compatible with long-term visa options in European Union countries.

What if I decide to leave the country?

Incurring a tax only applies to residents of a particular country. If you decide to leave the country, the tax laws will no longer apply to you.

How much will I pay in taxes as a remote worker in Europe?

The EU does not have a direct role in determining the amount of taxes in countries or collecting them. Tax rates are decided by the country you are residing in. The country determines the laws regarding taxation of foreigners, social security, benefits and tax returns.

Income taxes for certain income brackets in Europe are divided into corporate, individual and value added taxes (VAT). Below are some examples:

Income tax rates for countries in Europe can be found here

If your income tax does not exceed the yearly tax bracket, the taxes will of course be lower.

Taxes can be paid either online or in person, depending on the country. The level of efficiency of the bureaucratic system in the specific European country also affects the ease of paying taxes. If you want to avoid endless paperwork, and you’re thinking of starting a business in Europe as a foreigner, click here for our list of the best countries for this!

What are the best tax-friendly countries in Europe to pay taxes?

Let’s talk about the top five countries in Europe and their low tax rates.

Georgia is one of the most attractive countries for remote workers because of its amazingly low tax rates and cheap cost of living. It’s an increasingly popular option among digital nomads and entrepreneurs. To reap the benefits of this amazing country, here are the requirements:

What do you get in return? Apart from the great cost for the value of living in Georgia, you will participate in a project for individual entrepreneurs, which taxes just 1% of your business’s gross revenue up to $155,000 a year!

Since the beginning of 2022, non-EU residents who work for companies, or who have customers abroad, have been able to apply for a digital nomad visa in Cyprus. This is a good opportunity to live a stress-free life by the Mediterranean sea and still have foreign income.

Cyprus has been able to attract remote workers with its “non-domestic tax residency,” an incentive to recruit and maintain highly-skilled and highly-paid expats to Cyprus. This  excludes people from paying taxes on overseas earnings, ‘passive’ interest income or profit from the sale of securities.

The beautiful island of Malta launched its digital nomad visa program, which is attracting more remote workers. As stated on its website, “The remittance basis of taxes is one of the most significant benefits of moving to Malta. When it comes to taxation, non-Malta residents pay taxes on their local income and some of their profits, but they are exempt from paying taxes on their worldwide income that hasn’t been sent to Malta. As a bonus, they are not taxed on capital gains, even if this money is sent back to Malta. As a cherry on top, any money they earn from that remote work does not require them to do local fillings.”

Additionally, there are ongoing discussions about lowering the tax rate to 5%!

The Portuguese government introduced the Portugal Passive Income Visa (D7 Visa) and the Non-Habitual Residence Tax as a way to attract foreign workers to the country.

Tax-free overseas income and tax-free cryptocurrency are only two of the perks. Also, both the income requirements and the minimum stay length are much lower than most other European countries.

As part of the NHR, non habitual residency allows for foreigners to reap the tax benefits after they settle in Portugal.

These are some of the most attractive programs for freelancers, entrepreneurs and remote workers in general in Europe.

Greece’s digital nomad policy was first introduced in 2021, which offers an incredible 50% reduction on income tax and social security payments. For example, the maximum tax rate for someone earning $40,000 will be reduced from 44% to only 22% under this scheme!

The number of countries in Europe offering some form of digital nomad visa is increasing rapidly. Some programs are still in the making, which means that not all aspects of those potential visas are regulated regarding taxation as well.

Luckily, you can click here to see which countries offer digital nomad visas.

Europe specifically has a much lower cost of living compared to the UK and the US. Whether you are going to an EU or a non-EU country, you will surely enjoy the great cost for value, as well as many tax benefits.

Countries around the world are doing all they can to attract remote workers and entrepreneurs. With great remote programs, nomad visas and tax benefits, they are succeeding in creating a great atmosphere for foreign citizens and their business. Here’s why:

Do you want to work remotely in Europe?

If you’re planning to move abroad, but not sure how to get a fully-remote job that can support your nomadic lifestyle, we are here with an opportunity!

Support Adventure is expat-run and fully remote and has positions open for remote IT technicians! Apply here to get hired!

The Cheapest Places To Live in Malaysia

Malaysia is one of the most exciting Asian destinations for expats and digital nomads. The country offers an easy to obtain 10-year visa, a tropical climate, an English-speaking population, historical sites, white beaches, a great Read more…

How To Get a Job Abroad During Covid and Monkeypox

If you feel like you’ve been missing out on life as a result of serial lockdowns, and you need a change of pace, we’re with you! The past three years have affected us immensely due Read more…

The Safest Places to Live in Costa Rica 2022

Planning a trip to Costa Rica, and feeling nervous about safety? Then this is the article for you! We are here to help you learn how to stay safe in Costa Rica by listing the Read more…