History of Support Adventure and its founder Eric Muth

To better understand our values and growth, we must share with you the journey of our founder Eric Muth, from prodigal high school innovator to founder of a 40-client MSP staffing service.

Beginnings of a passion

Eric grew up as part of the upper middle class in Toronto, Canada in a neighbourhood called Rosedale/Moore Park.

His father came to Canada from Austria and worked as a businessman in entertainment and tech. His mother was a teacher.

Growing up, Eric became obsessed with using his dad’s computer. His interest in solving computer issues started when he reconfigured DOS memory files for his favorite video game, Star Wars X-Wing to work on his computer after it would not load.

As he got older, he continued his interest in computers and working with the evolving Windows family of technologies.

In high school, Eric studied C++ programming and began fixing computer issues for family friends. This led to a unique opportunity when he was only 14.

When 400 Windows NT 4 computers were delivered to his high school, none of the teachers knew how to set up the school’s network and create student logins. In an interesting turn of events, one teacher actually secured Eric and another student for a work-school placement to set up the school’s network. They were the only ones who understood domains and servers. Eric and the other student even had their own office in the school server room.

When Eric was 16, he started doing networking for a nearby software company which designed software for recruitment companies. Shortly thereafter that company began recommending him to their clients that needed this service. Soon, Eric developed a roster of private clients.

He also started putting up signs for his service around his neighborhood and launched  his first business–Computer Genius for Hire in 1999. He was only 16!

By the time he was 18, he had enough money to travel.

Eric gained a great deal of life experience juggling different clients. Many took him under their wing, showing him a lot about business and life.  Many influential doctors, lawyers and entrepreneurs hired Eric to be their personal computer consultant.

Once it was time to go to university, Eric wasn’t excited by it. He knew it would be a waste of time. But his parents wanted him to go for at least one year, so he went and majored in politics.

But because he already had clients who doubled as mentors, university just wasn’t serving him. Eric had already acquired lessons in:

Eric decided to quit university after a year to pursue business. He moved out of his parents’ house,  and by the time he turned 22, he had signed on really strong corporate clients. Eric felt like he had everything he wanted, except one thing… more travel. He wanted to explore the world.

Since Eric was 19, he would go to Central Europe and visit destinations that represented his familial roots,  like Vienna and Bratislava. This started to change his purpose. He felt like he had already done everything there was to do in Canada. He outgrew any sort of interest to live in a nice suburban house like everyone of his clients and neighbors. Instead, he was very much excited by the European lifestyle.

His trips to Europe gradually lasted longer and longer each year.

As the trips became more extended, Eric simultaneously incorporated more remote tactics to his business. He reached a point where he didn’t want to go back to Canada.

He started to imagine what it would be like to run the business remotely from Europe.

In 2007, he tried for the first time. He modified his business structure to rely more on remote tools, including:

Using these tools, Eric was able to serve his Canadian clients from Europe.

He was also able to explore more of his passions beyond running a business. As a singer and musician, he also started to develop a career in world music, performing Southeast European sounds fused with rock.

He was able to do all of this and spend more time in Europe, on top of running a business, because:

On paper, it looked like he was living the dream.

Although Eric was able to work remotely, the six hour time difference between Central Europe and Canada meant him having to work late into the evenings. Over the space of three years, he was spending more time in Europe than in Canada.

As a result, his clients started to go elsewhere for their IT needs as Eric had built a personality-based business. He fostered relationships with his clients through strong  interpersonal connections. The on-site techs Eric hired just didn’t have that same strength of connection with the clients.

Things went downhill, and his business slowly started to fizzle out between 2008 and 2011.

Despite this, Eric was still excited for his future as he set the framework for what it would be like to run an IT company remotely from Europe.

After going back and forth between Canada and Europe, Eric officially knew it was time for a new beginning after falling in love with a city called Belgrade, the capital of Serbia.

He shut down his business in Canada and came up with a new plan.

To start things off, he decided to set a new home base for himself in London by obtaining a UK working holiday visa in 2011.

He then reached out to companies to work for them as a support technician. Three companies gave him subcontracted work, where he found himself running all around London helping clients.

Some of the clients were in-office companies, but most were successful home-based businesses. He relished the opportunity to provide support to a wide array of business owners.

Eric also was able to dive deeper into music, putting together a touring band that also performed on the weekends.

But 2011 was still suffering the effects of a recession, and Eric wanted to make more money. So for the first time in his life, Eric got hired for a full time job at the start of 2012.

He worked for only three days for a wireless provider that had him setting up access points in cafes and public spaces, before switching to another company that wanted him. For the following eight months, he worked as a frontline support tech for a business of 150 structural engineers.

During that eight months, Eric was longing to get back to Belgrade, as well as longing to not have to work from an office again.

Eric saved up 4000 pounds and then moved to Belgrade to settle down. His time in London made him aware of the emerging technologies that made it possible to do remote IT support.

As a result, Eric hatched a plan to work remotely from Belgrade for a London company. He decided to go back to London to connect with some managed service providers (MSP), companies that provide outsourced IT services to businesses on a fixed contract.

He landed a contract with an MSP that allowed him to work remotely for 15 hours a week as a frontline support tech answering customer calls.

He was able to work remotely with the assistance of:

And just like that, Eric was working remotely from Belgrade. He loved this year of his life because he finally got into a good routine of working from home.

Because he was working remotely and for only 15 hours a week, he also had more time to nurture the relationship to himself by being able to:

After one year of doing this, Eric was hungry for more.

He found a second MSP willing to hire him in addition to the 15 hours he was working for the first one.

But the second MSP had so much work that they asked Eric if he could find other techs to work remotely and train them.

Eric knew someone in Serbia named Mario who wanted to live in Romania. He was interested in having a similar lifestyle to Eric’s–one of working from home and solving IT issues.

Eric recruited and trained Mario as a second remote technician. Within a few months, Eric found and trained yet another person. It became clear to him that there would be many more people like him. People who wanted to:

This was an “aha” moment for Eric. He realized he could start a business training other people to work remotely as support techs. His vision was to help MSPs get high quality affordable staff for their help desk.

Eric registered his business Support Adventure in 2016.  By 2017, Eric had two clients and was training new technicians in his kitchen and living room in Belgrade.

As the business grew, he used the money from that to hire Nina, a full-time lead generation specialist who is still with the company today. With Nina, the company grew exponentially from two clients, to five, to ten. Fast forward to today, and Support Adventure has now worked with over 40 MSPs and has staff on 5 continents.

Some other milestones include:

Since 2017, Support Adventure really honed in on finding people all around the world who could provide service with the highest quality English skills. If they could speak with clients with proficient enough English to have a free-flowing convo with a native speaker, then they could be recruited and hired for an MSP.

Support Adventure became a win-win situation for the clients and the contractors. It  provides the best staff who love the opportunity to work for the company, as it allows them a lifestyle that they longed for so deeply.

So many people’s dreams of working remotely while traveling have been made possible due to Support Adventure’s existence. The company is filled with management who shared this dream, including:

The company is full of like-minded staff, as well as clients who are also passionate about living an authentic and meaningful life through business.

This company was born from Eric’s passions for travel, technology and a vision of a global world connected by the internet. Through the years, Support Adventure has remained rooted in the IT sector because the tech industry knows all too well how possible it is to work from anywhere.

Despite Eric’s friends and family thinking he was crazy at first for dropping out of university to focus on his tech business and then later to move to Serbia, he believed in his visions from the very beginning.

He saw an  opportunity and he took it. He believed in his dreams every step of the way; and he knew he would succeed because he was so passionate about his desires.

As the company continues to grow from strength to strength every year, it is the conviction of the values it was founded on that keep it stable, thriving and making more and more career dreams come true. 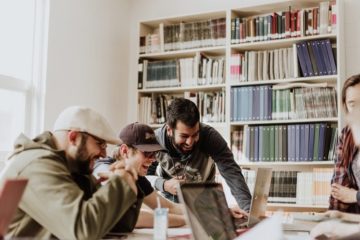 What are the Pros and Cons of Working for an MSP?

So you’ve never worked for an MSP. You’re a bit nervous about what to expect.  Well, we can help explain to you some pros and cons of an MSP technician’s experience. We here at Support Read more… 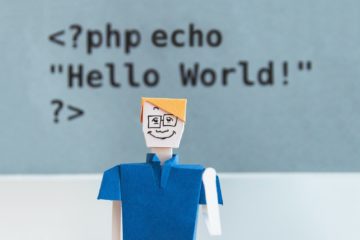 How to become an IT Technician

If you could pick a career that will allow you to work from anywhere and depend on no one but yourself, would you take the chance? We’ve seen the drastic and unpredictable changes that occurred Read more… 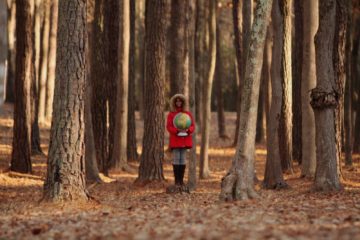 What can be wrong with enjoying the local culture as a tourist and getting a taste of the everyday lives of locals? According to the Lonely Planet – a lot. Immersing ourselves in rich foreign Read more…